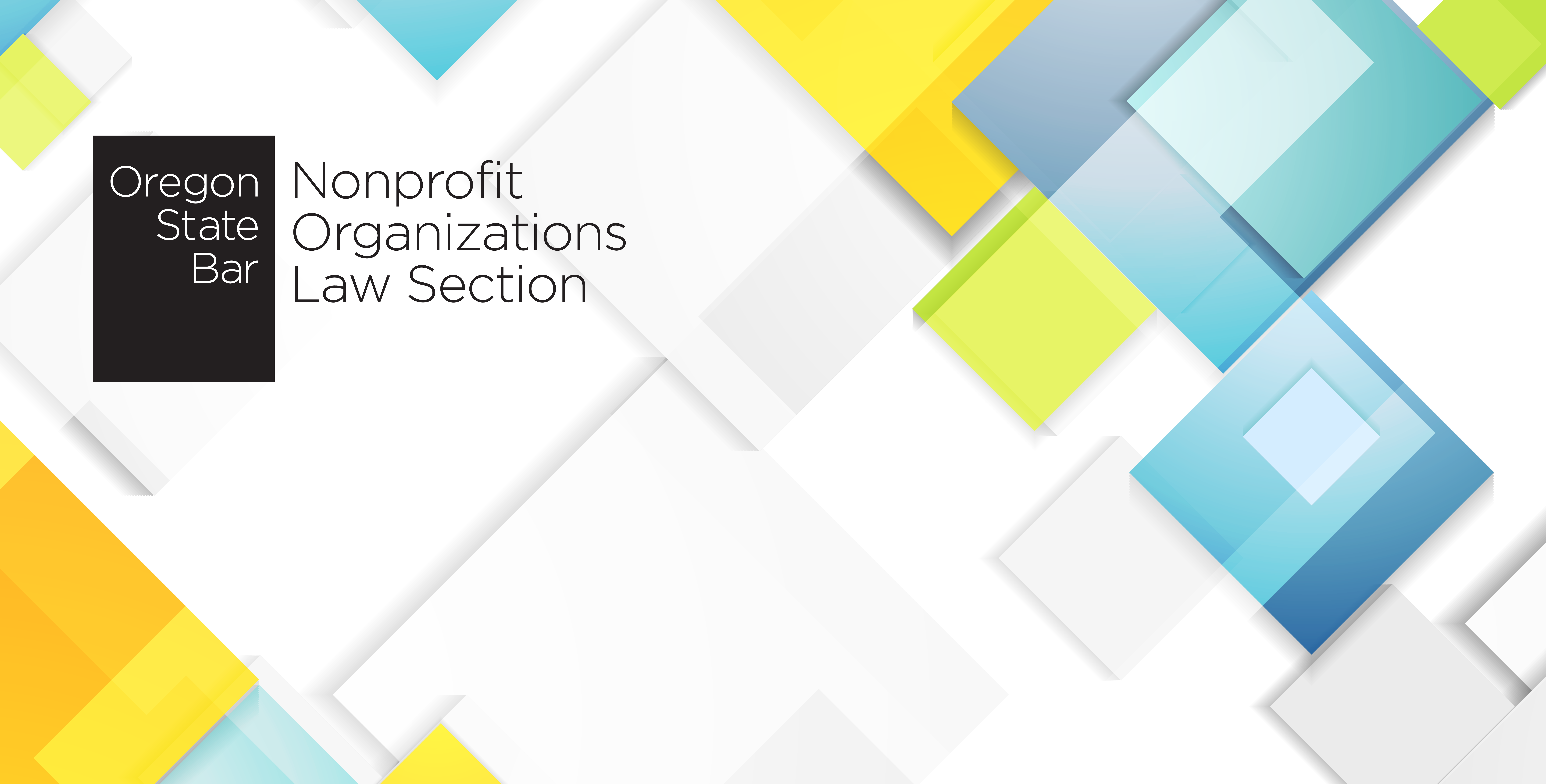 Activities and accomplishments:
The section continues to grow at a solid pace. Membership has increased each year and in 2017, our section grew by approximately 15%. The section experimented with CLE formats, and tried its first “webcast” in September. The webcast was well received, and the section may continue with the webcast format in 2018. The section published one edition of a bi-annual newsletter, with the second installment to come in early 2018. A work group organized to review and propose updates to ORS Chapter 65, the Nonprofit Corporation Act, continued to work on proposed updates. The section held its annual membership meeting in September as part of the webcast CLE and elected a new Executive Committee and officers. The Section began work on a Bar Book on Nonprofit Law.

Budget:
The section is in the black. As a benefit to section members, the section held a social in October 2017 for its members. The section also made charitable contributions to the Campaign for Equal Justice and OMLA.

Legislative issues:
The section’s Legislation Committee actively monitored the 2017 legislative session for proposed legislation affecting nonprofit corporations. As previously noted, the ORS Chapter 65 workgroup continued working with stakeholders to propose a version of an updated law. The Section expects to have a new proposed bill in 2018 for the 2019 legislative session.

Matters considered / Matters pending:
Pending goals include having a legislative proposal ready for submission to the OSB in April 2018 for the 2019 legislative session, and continuing to work on the Nonprofit Law Bar Book.